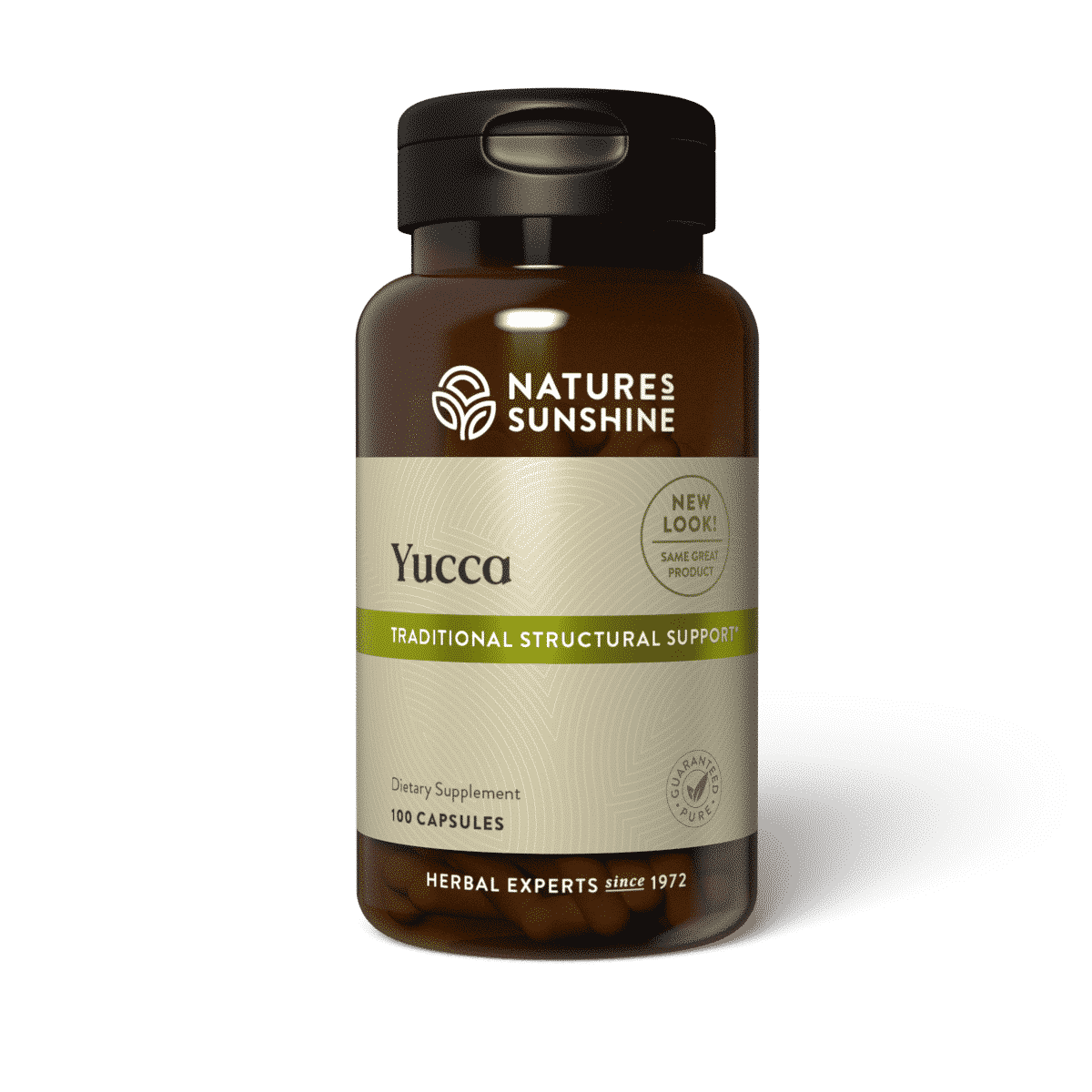 Yucca is a plant familiar to most Americans who have traveled or lived in the southwestern U.S. or Mexico, where it grows abundantly. A member of the lily family, the plant is also known by the names “soap root,” “Spanish Bayonet,” and “Spanish Dagger.” The reference to soap comes from long historical use of the plant’s roots as a foaming cleanser. Yucca contains large amounts of the steroid saponin, which accounts for its lathering ability.

Yucca is a desert plant that grows in arid regions. It blooms at night and the fragrant white flowers attract the Pronuba Moth, which is the only insect that is capable of penetrating the shape of the yucca bloom. The moth lays its eggs in the pollen of the plant. Without the Pronuba Moth, there would be no Yucca because its pollen is too heavy to be wind-blown to fertilize other plants.

Native Americans made wide use of its special properties, using it not only for its nutritional value but also to make sandals, belts, baskets, ropes, cords and mats. Some Indians—namely the Hopi, Papago and Utes—still use Yucca for these purposes.

The saponins in Yucca are a precursor of natural cortisone normally produced by the adrenal glands. This makes it a popular remedy for all kinds of inflammation, such as arthritis, rheumatism, bursitis, colitis, and other inflammatory conditions. For the structural problems, it is usually combined with an herbal formula called Joint Support or Ayurvedic Joint Health. For intestinal problems, it is used with Intestinal Soothe & Build.

In 1975, Dr. Robert Bingham, director of the National Arthritis Medical Clinic, tested a Yucca saponin extract on 149 patients at the California center. Most of the patients later felt less pain, stiffness, and swelling in their joints. Others also received additional benefits, such as, migraine relief, lower blood pressure, and cholesterol/triglyceride reduction. Dr. Bingham believes that the saponins aid digestion and absorption of fats. They also work as cleansing substances which help prevent absorption of harmful bacteria and protozoa from the bowel that cause the stiffness and inflammation in the joints, he says. These compounds also appear to improve circulation.

Yucca For Pets – Corticosteroids are among the most overused medications in veterinary medicine because they’re frequently prescribed for a wide range of problems. They are not without side effects with long-term use associated with kidney disease. Yucca is a safe and natural alternative to cortisone-like drugs to alleviate pain, arthritis, joint and bone problems, swelling, skin problems or hot spots, digestive/bowel problems and colic. The steroidal saponins, which are nature’s most powerful anti-inflammatory agents have been clinically proven to promote symptom relief similar to steroid medications, with none of the side-effects. Reduces pain without gastric side effects. Yucca also cleanses the liver and kidneys and promotes blood flow and tissue repair. Yucca reduces the “itch” of allergies and may reduce inflammation in brain areas responsible for seizure activity.

Yucca is high in vitamins A, B, and C, and contains potassium, calcium, phosphorus, iron, manganese and copper which make it very soothing to the intestinal tract.

Recommended Use
Take one capsule with a meal twice daily.