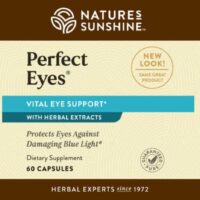 For those afflicted with vision problems such as glaucoma, cataracts and macular degeneration, Perfect Eyes, may offer new hope. Historical and scientific evidence suggests that the herbs and nutrients found in this formula can strengthen the eyes and help them to heal.

How It Works
Our eyes are constantly exposed to sunlight and artificial lighting, which can generate free radicals that have harmful effects on ocular cells. After middle age, our natural antioxidant production decreases, and the pigments in our eyes change. Perfect Eyes has been specially formulated with herbs and nutrients that support eye health.

The two key ingredients are lutein and N-Acetyl-Cysteine (NAC). Lutein is an important antioxidant that supports the macular region of the eye. Aging bodies can easily convert NAC into the eye-protecting antioxidant glutathione, making NAC supplementation an important step in protecting the eye from harmful free radical damage and nerve cell damage. Plus Perfect Eyes contains taurine (an amino acid that protects proteins in the eye lens), zinc gluconate and selenium (powerful antioxidants that are particularly beneficial to older individuals) and quercetin and hesperidin (two bioflavonoids that act as antioxidants to protect against toxic damage to the eye).

Here are the ingredients and their specific benefits.

Eyebright: As the name implies, this herb is used historically to treat many eye conditions because its flower looks like an eye. Its traditional use has been as an external eyewash for conjunctivitis, sore eyes, tired eyes and poor vision. Internally, eyebright is an decongestant and mild astringent or tonic. It has affinity for the liver, which Chinese medicine believes is connected to eye function. The herb also aids respiratory congestion, sinus problems and allergies

Lutein : A lot of talk has been made about the beneficial effects of green, leafy vegetables on ocular (eye) health. Lutein is the main carotenoid found in cruciferous vegetables. It is also found in the macular region of the retina of the eye. Supplementation with lutein has been shown effective in preventing macular degeneration.

Age-related macular degeneration is a serious threat to sight. The macula is a section of the retina of the eye that is very important to visual acuity. For unknown reasons, the retina undergoes degeneration with age. There is a loss of pigments in the macula associated with this disease. To be diagnosed with the disease, there is generally about a 30% decrease in pigment.

It is believed that this loss may permit the penetration of damaging short wave length light to vulnerable tissues, thus triggering this degenerative condition.

Research has shown that lutein can increase pigmentation in the macula and thus help to prevent this disease. One study showed the optical density in the macula increased by almost 40% when subjects were given a supplement containing lutein. Results were noticed as early as three weeks into the study.

Lutein belongs to the carotenoid family of pigments and is particularly rich in dark green vegetables such as spinach, kale, and collard greens. Increasing these vegetables in your diet can help to prevent and perhaps retard the progression of the macular degeneration. Supplementation is also another option.

Bilberry : Bilberry is a European relative of blueberry and cranberry. Its properties came to light during World War II when it was discovered that pilots eating bilberry preserves had better night vision. Its dark purple-black berries have since been shown to help a myriad of vision problems. Bilberry stimulates the regeneration of rhodopsin, a pigment that is responsible for night vision. Long term use bilberry has helped nearsightedness and visual acuity.

The active constituent in bilberry is anthocyanosides which not only stimulate rhodopsin production, but they also promote collagen regrowth necessary for structural integrity of all tissues in the body. Bilberry has been used to aid macular degeneration, glaucoma, cataracts, diabetes, kidney disease and digestive system troubles.

Curcumin : Curcumin is a standardized extract of turmeric. Turmeric has been used extensively in Indian culture for centuries as the main spice in curry. Americans use turmeric on hot dogs as it is what colors bright yellow mustards.

Curcumin has been studied extensively for its anti-inflammatory, cardiovascular and antitumor effects. But it is also well-known for its antioxidant effects. By scavenging for free radicals, curcumin aids ocular health. Turmeric has been used as an eye wash and for ulcers, ringworm, asthma, constipation and epilepsy.

Beta Carotene : This nutrient is known as one of the best antioxidants and free radical scavengers. Studies have shown that people with low levels of serum beta-carotene are five and a half times more likely to develop cataracts. Beta-carotene has also been used for ulcers and inflammations.

Mixed Carotenoids : There are nearly 600 carotenoids found in fruits and vegetables. They are abundant in carrots which is where they get their name. Some of these lesser known carotenoids are lutein (mentioned earlier), lycopene, alpha-carotene, zeaxanthin, and cryptoxanthin.

Alpha-carotene, is the second most abundant carotenoid. Lycopene may be just as effective a free radical scavenger as beta carotene. Zeaxanthin has been shown to aid macular degeneration.

Taurine: An amino acid that protects proteins in the eye lens

Zinc Gluconate and Selenium: Powerful antioxidants that are particularly beneficial to older individuals.

Quercetin and Hesperidin: Two bioflavonoids that act as antioxidants to protect against toxic damage to the eye.

Recommended Use
Take 2 capsules daily with a meal.

Customer Comments
EYES CLEARER – “I ordered some Eyebright Plus (Perfect Eyes is an improvement over Eyebright Plus which has been discontinued) because I’ve had some problems with my eyes and liked what was in the formula. I used it as directed, 2 a day, and in two weeks my eyes were so much clearer. I really like it.” Mary P. 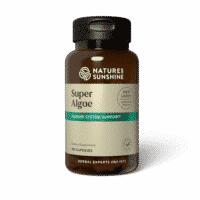 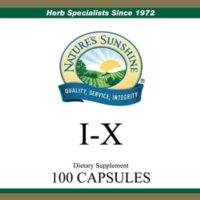 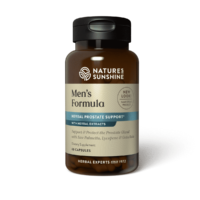 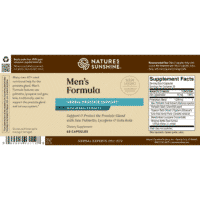 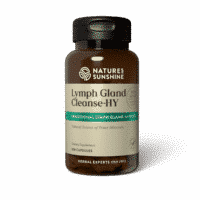 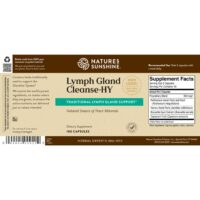