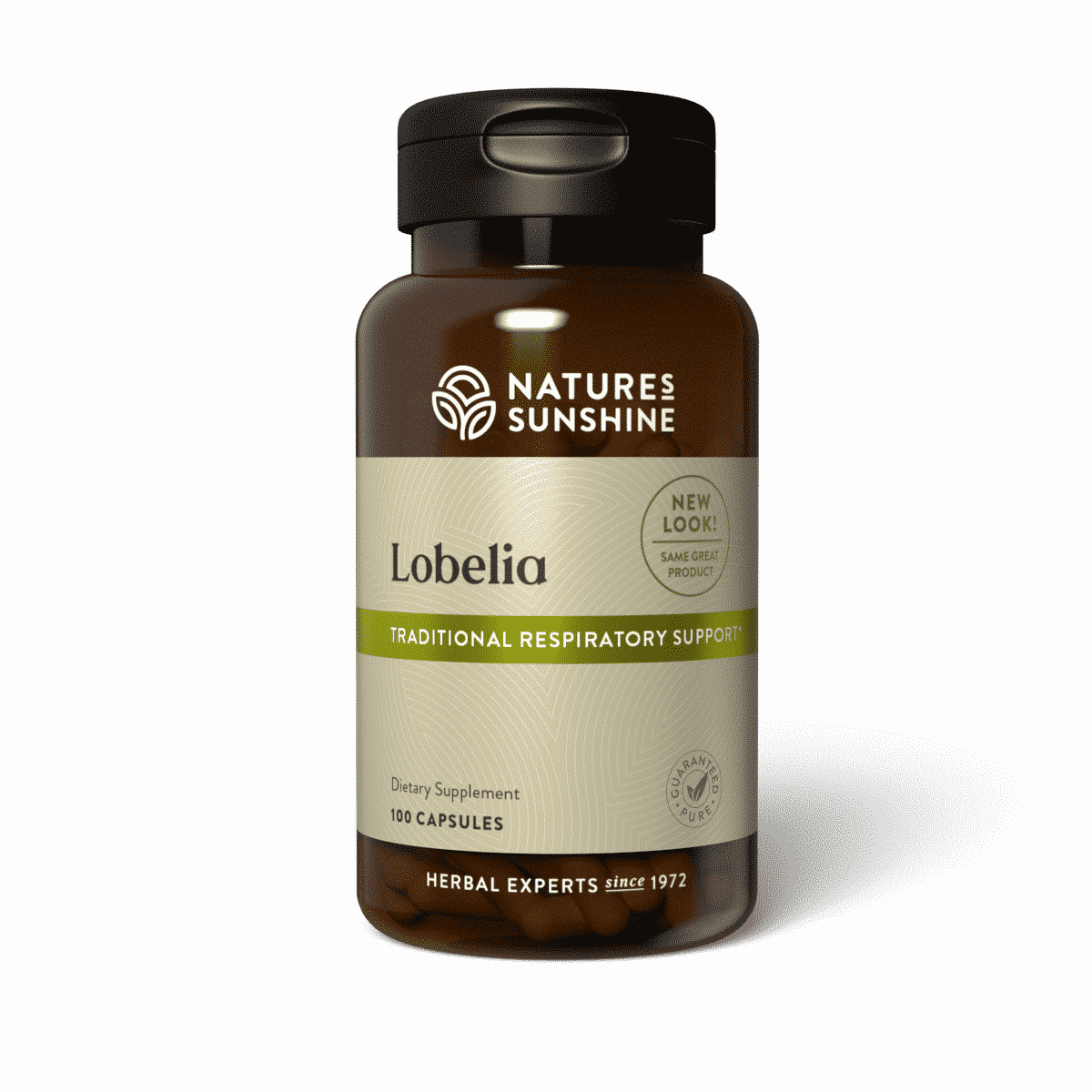 This product can't be shipped into California

When well-known herbalist Samuel Thompson was a boy, one of his favorite pranks was to get his friends to take significant amounts of the Lobelia herb. Samuel would then sit back and wait for the reaction. The herb was said to have given him many hours of entertainment. Lobelia’s properties are similar to those of syrup of ipecac.

Also known as Indian tobacco and pukeweed, Lobelia has been in use for more than 100 years, not only internally, but also externally. The plant, native to North America, is both beautiful and useful. Lobelia contains a substance called lobeline, which is similar to the relaxing properties of nicotine.

Lobelia is also an herb used to quit smoking since the chemical structure lobeline is similar to nicotine in the body. Therefore, the smoker’s body thinks it is getting nicotine when in fact it is not. Lobelia is also a cleansing herb, so it will be beneficial to clear some of the effects of smoking on the body.

Recommended Use
Adults: Take 1 capsule daily with a meal.

COUGHS
“Lena Gilbert had been going to doctors for quite some time with her lung and breathing problems. She was always very short-winded and coughed nearly all the time. The doctor told her if the medication didn’t work, he’d have to do a biopsy. Seven years earlier the doctors had told her husband the same thing, performed a biopsy and was told it was serious and that he had only a few months to live. Seven hours later he died. So she began seeking another way. She heard about herbs and took 2 LH and 1 LOBELIA four times a day. On the third day she could take a deep breath, hardly coughing, after walking 18 blocks. She had a heart condition and was supposed to walk but hadn’t been able to. Now she is walking and using the herbs to feed her body and correct her problems.” B.C.

SEIZURES
“My little girl began having daily seizures at 15 months old after immunization shots. When she was 4 years old I decided to try herbs. I began giving her VALERIAN and LOBELIA. Her seizures stopped and have not returned. It’s been 8 months!” M.A.

“My husband had been on Dilantin for many years having had seizures since he was a child. He was really concerned about the side effects and decided to try something herbally to get off the medication. He used LOBELIA
capsules daily as a maintenance program and used LOBELIA ESSENCE if he felt the symptoms of a seizure coming on. The extract could be placed under the tongue and absorbed into the blood quickly. It has done a wonderful job for him and he’s been off the medication for several years now and hasn’t had a problem. I’m told that people who don’t need Lobelia will throw it up because it acts as an emetic. His body obviously needed a lot of it because this has never happened to him.” D.S.

SMOKING
“I began taking LOBELIA and NUTRI CALM and I’m licking the smoking habit. When I used to try to stop smoking, I’d put on weight. Not this time, I lost 2 pounds the first week.” C.A.