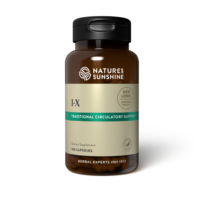 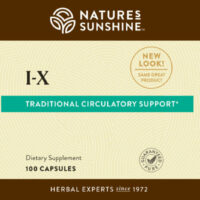 Iron is needed by the body to carry oxygen to the cells where it is combined with glucose for energy production. This proprietary combination of herbs expertly crafted to provide natural iron together with other elements needed to enhance absorption. Features a Kosher-certified formula.

Our vegan raspberry leaves are wild harvested in the Albanian mountains where experienced collectors know the plants and wildlife very well. Their understanding ensures they gather the leaves at the best time for the highest potency using only sustainable methods. Many families take pride in the great tradition of wild plant collection and want to share it with the next generation of harvesters. And better ingredients mean a better product, so you can continue to feel the power of nature.

The Story behind I-X Native to Asia, Red Raspberries were brought to North America during the prehistoric era. Cultivated by the Romans in the 4th century, Red Raspberries were prized for their color and taste, as well as their ability to help soothe nausea. Similarly, King Edward I of Britain saw the need to grow this lush crop in the 13th century. In just a few years, British gardens were rich with berry bushes and many individuals used this bright fruit ease digestive complaints. In North America, Native Americans were already employing the benefits of Red Raspberries when the Europeans arrived. Believed to have strong protective powers against unwanted spirits, Native Americans used the red raspberry leaves to create protective and nourishing teas.