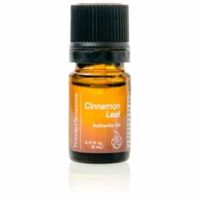 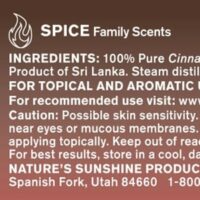 Cinnamon has warming properties that helps invigorate and rejuvenate the mind and body. It’s pungent, spicy aroma supports the respiratory and digestive systems. Cinnamon is native to Ceylon and is one of the oldest spices recorded as early as 2700 B.C. It was used in ancient Egypt for embalming and controlling bacterial and viral outbreaks. Cinnamon has been used for centuries in teas, entrees and baked goods to both increase appetite before a meal and settle the stomach following eating.

A tropical tree, cinnamon is used primarily for its aromatic bark as a culinary spice. An essential oil from the bark is not suggested for therapeutic use due to its strength, which over stimulates the circulatory system and can burn the skin.

Cinnamon Leaf has been used in the East for thousands of years for the immune system, digestive system, glandular system, urinary system and as an energy increaser. It helps teeth and gum care, skin abnormalities, wasp stings, increases appetite, /intestinal_system_sp_113/ and the nervous system.

For external use only. Not for use during pregnancy. Do not use near eyes or mucous membranes. Dilute before applying topically. Do not use in cases of hemophilia or severe kidney or liver disease. Keep out of reach of children. 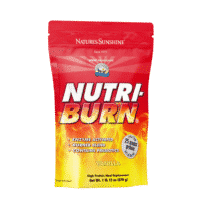 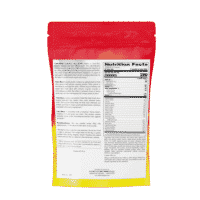 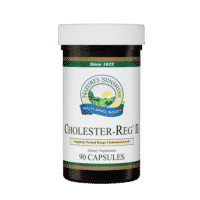 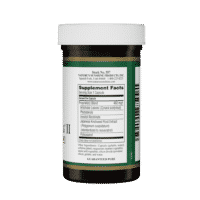 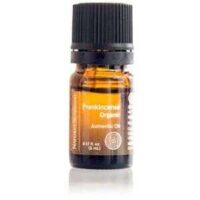 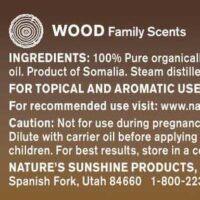