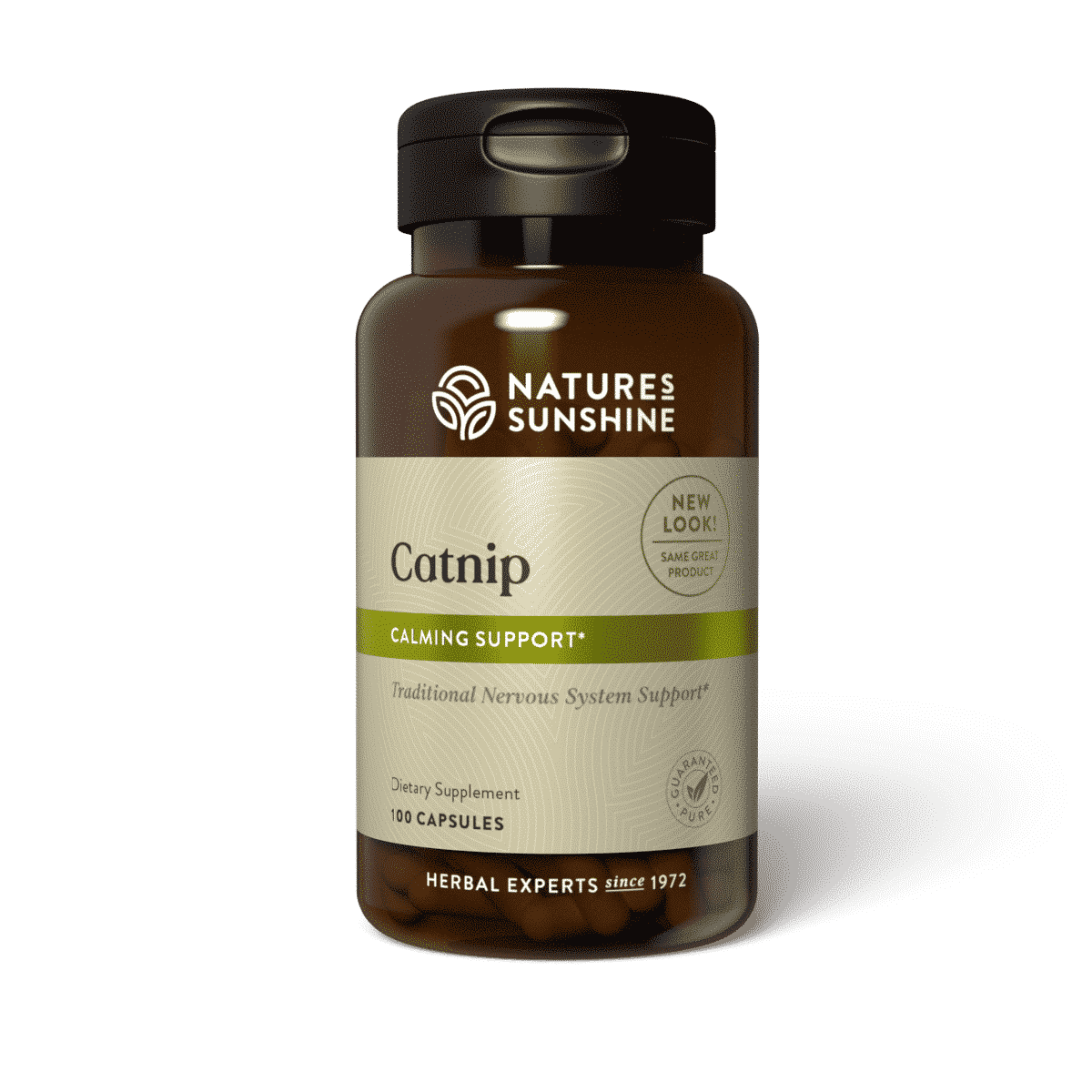 Catnip a member of the mint family, is best-known for its ability to elicit euphoria in felines. Although many cats will eat it, scientists say they’re reacting to the smell rather than the taste.

Felines bite, chew, rub against, and roll in catnip to release the volatile oil trapped in the leaves. Catnip is harvested when this essential oil production reaches its peak, and leaves and fragrant flowers are carefully air-dried to preserve essential oils at their best.

The tendency to like or ignore catnip is inherited, and it’s true that some cats are immune to its influence. But it has value to humans as a support to both the nervous and immune systems.

Catnip is soothing to the nervous system and is known to calm the stomach. It’s one of the herbs used for colic in babies. Catnip promotes sweating which makes it beneficial for colds, flus, and fevers. It has been used as an enema to cleanse and soothe the lower bowel. It’s made into a tea to do this.

Catnip’s historical use has been to help prevent miscarriages and premature birth, as well as easing morning sickness.

How It Works
A member of the mint family, catnip supports both the nervous and immune systems. Catnip contains natural trace minerals and vitamins.

Recommended Use
Take 2 capsules with a meal three times daily.