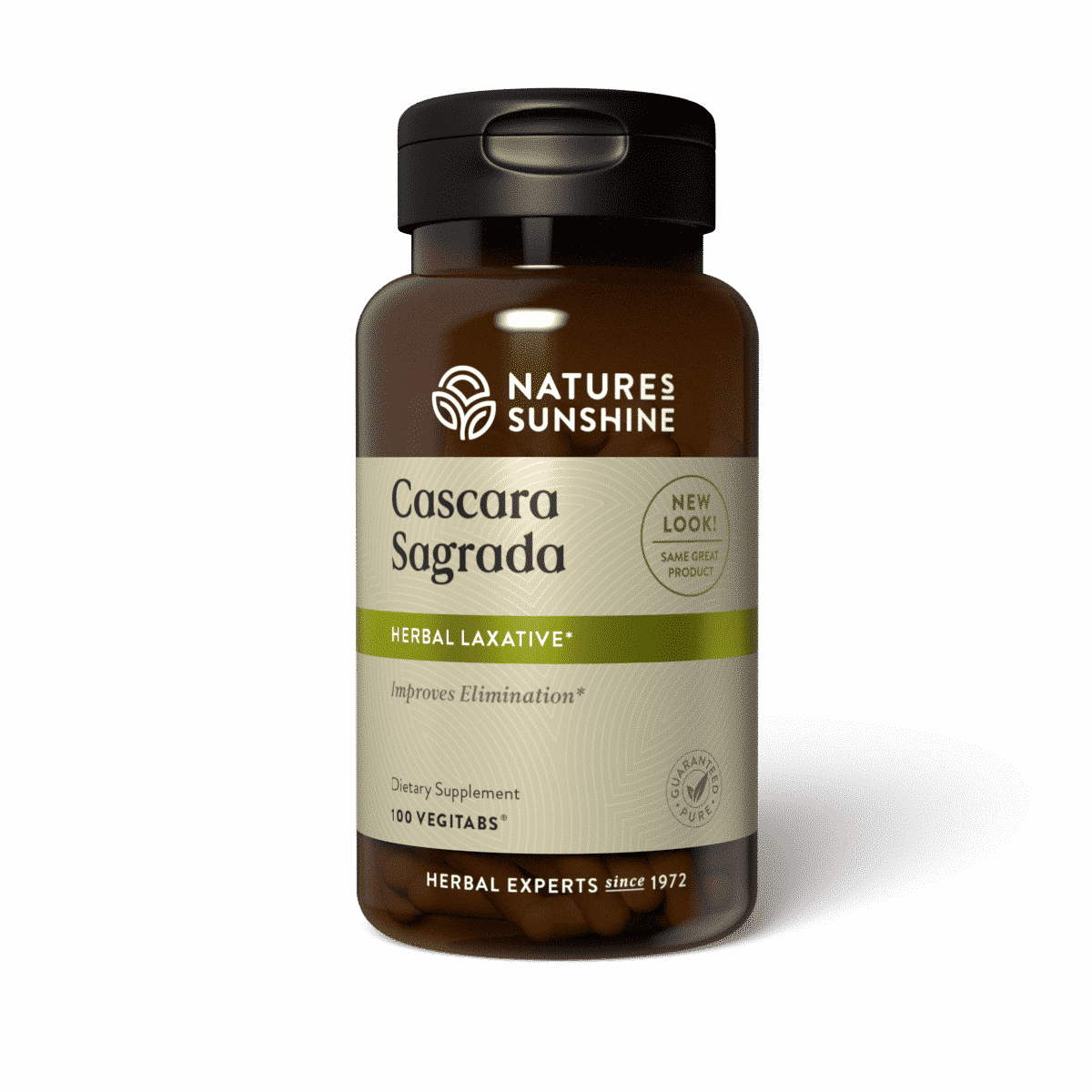 Sacred Bark used by cultures around the world to support waste elimination as a natural herbal laxative. Additionally supports a clean, healthy colon.

Cascara sagrada, or sacred bark, is one of Nature’s Sunshine’s most popular and best-selling herbal products. The bark has been used by cultures around the world as a nutritional support for proper waste elimination. Cascara sagrada acts as an herbal laxative, influences intestinal contraction and promotes the emptying of the colon.

WHY OUR CASCARA SAGRADA?

We work with experienced cultivators who have harvested cascara sagrada by hand for generations. Wild-crafted and sustainably sourced in the Pacific northwest, our cascara is harvested each year from mid-May to August from trees between 10-20 years old. After harvest, the fresh cascara bark is ground into 3–4-inch sections and then kiln-dried to age before being ground again.  Cascara trees flourish along coastal regions between British Columbia and northern California. In fact, cascara trees naturally fill in logged off areas after timber companies cut down forests. The timber companies often replant with conifers, but Mother Nature does her own replanting with cascara to reestablish a more natural biodiversity as the forest regrows.

THE STORY BEHIND CASCARA SAGRADA (VEGITABS®)

Since its discovery by Spanish settlers in the 1600s, Rhamnus purshiana bark has been used as a natural laxative throughout the world. Native American tribes shared this natural wonder with the Spaniards, who named it cascara sagrada, or “holy bark,” in honor of its effectiveness. By the late 1800s, cascara was being exported overseas. The explosion of its use eventually led to overharvesting in the 1900s. But this resilient species of the buckthorn family has made a resurgence, growing naturally throughout the Pacific northwest. Through the early 2000s, cascara was included in many over-the-counter products in the US. And it’s still used throughout Europe, having been approved for use by the German Commission E. Ranking among our top-selling products domestically and internationally, Cascara Sagrada remains a popular choice for intestinal support the world over.

Take 1 VegiTab® with a meal twice daily. NOTE: See your health care provider prior to use if pregnant or nursing, any medical condition exists, or when taking any medication. Read and follow recommendation carefully. Not intended for prolonged use. Do not use if diarrhea, loose stools or abdominal pain are present or develop. Use of this product may worsen these conditions and be harmful to your health. Chronic diarrhea can result in serious illness.